Is it Anger or Abuse? 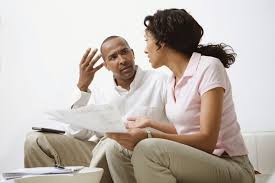 People are often confused – wondering what the difference is between anger and abuse?  Anger can result in rage, put-downs and violent acts. Isn’t this kind of behavior the same as abuse? *You can listen to this Quick Tips for Managing Anger podcast here: Is it Anger or Abuse?

Let’s consider some definitions of anger:
We’ve described anger as an aversive state ranging from annoyance to rage. Anger is a strong feeling of displeasure & antagonism or indignation. It’s an automatic reaction to any real or imagined insult, frustration, or injustice.
When someone puts you down – your initial  feelings of humiliation are turned into anger –an emotional reaction needing to be expressed. So, anger is ultimately a combination of physiological, emotional and cognitive responses to certain triggers.

When you’re angry – you can be angry at anything – yourself, God, others, situations, events, unmet goals and needs.

Hello I am a teen-ager, I have a boyfriend I have been with for 3 years and a 10 months old little boy by my boyfriend. I Love my boyfriend with all of my heart and I know people think that teens aren’t really in love when they think they are, but trust me this is love. but anyways he smokes dope and when we get into really bad arguments he hits on me, not like punching me he like – slaps me across the face burns me with his cigarette, bites me. I have tried to break up with him but it doesn’t do me any good because my parents let him come around. I am always wearing bruises, and am always depressed,…please help me ..I have nobody to talk to.

So, What is Domestic Violence?
Domestic abuse or violence is a pattern of physical and psychological abuse, threats, intimidation, isolation or economic coercion used by one person to exert power and control over another person in the context of a dating, family, or household relationship.
Domestic Abuse involves – battering:
Battering is a pattern of behavior which often uses the threat of or the use of violence. One person believes they are entitled to control another. Assault, battering and domestic violence are crimes.

In Why Men Batter Women – John Gottman and Neil Jacobson write:
“Battering is physical aggression with a purpose: that purpose is to control, intimidate, and subjugate another human being. Battering is always accompanied by emotional abuse, is often accompanied by injury, and is virtually always associated with fear and even terror on the part of the battered woman.”

Conversely, anger is an emotion that can be expressed in healthy behaviors such as: assertiveness, problem-solving, negotiation, conflict management, empathy, etc.  So, you see that not all anger is wrong.
Anger is a problem: When it is too frequent, too intense, lasts too long, leads to aggression, disturbs work or relationships

Abuse is Always a problem. In fact, there is no excuse for abuse! Why? Because abuse seeks to denigrate, control or destroy another person.

Here’s another real-life story of abuse: “my friend needs help to get away from her husband he already been put away in jail but as soon as he got out it starts all over again. She has an order of protection and the police told her because she has been seen with him they will get the department of family services involved because there are children involved. This man has threatened to kill her and has done many violent things and will go after the children. She really does not know what to do he is extremely dangerous everyone knows what going on but we don’t know how to help.

Here are the 3 types of Domestic abuse:
“Physical Battering – The abuser’s physical attacks or aggressive behavior can range from bruising to murder. It often begins with what is excused as trivial contacts which escalate into more frequent and serious attacks.

Sexual Abuse – Physical attack by the abuser is often accompanied by, or  culminates in, sexual violence wherein the woman is forced to have sexual   intercourse with her abuser or take part in unwanted sexual activity.

Psychological Battering -The abuser’s psychological or mental violence can include constant verbal abuse, harassment, excessive possessiveness, isolating the woman from friends and family, deprivation of physical and economic  resources, and destruction of personal property.

Statistics demonstrate that Battering escalates. It often begins with behaviors like threats, name calling, violence in her presence (such as punching a fist through a wall), and/or damage to objects or pets. It  may escalate to restraining, pushing, slapping, and/or pinching. The battering may include punching, kicking, biting, sexual assault, tripping, throwing. Finally, it may become  life-threatening with serious behaviors such as choking, breaking bones, or the use of  weapons.” Resource: National Coalition Against Domestic Violence

In describing the reasons that Men Batter Women – Gottman and Jacobson write:

Studies have demonstrated that the batterer begins and continues his behavior because violence is an effective method for gaining and keeping control over the victim bringing no adverse effects as the result of the behavior.

What are some characteristics of batterers? Typically, since batterers are men – they objectify and don’t  see women as people. They don’t respect women as a group. Overall, they see women as property or sexual objects.
A batterer has low self-esteem and feels powerless and ineffective in the world. He may appear successful, but inside he feels inadequate.
A batterer externalizes the causes of his behavior. He blames his violence on circumstances such as stress, his partner’s behavior, a “bad day,” alcohol or other factors. A batterer may be pleasant and charming between periods of violence, and is often seen as a “nice guy” to outsiders.
Some behavioral warning signs of a potential batterer include extreme jealousy, possessiveness, a bad temper, unpredictability, cruelty to animals and verbal abusiveness.
Because of these characteristics authorities believe that true batterer will benefit more from a Batterers Intervention Program than an. anger management program.
Though some of the goals of domestic abuse and AM programs are similar such as: accepting responsibility for consequences and applying behavioral changes—  BIP focus on changing the batterer’s power/control mindset – networking with law enforcement to help provide for the safety of victims.
Visit http://www.saferelationships.net/ and http://www.compassionpower.com/ for more information on abuse and anger management issues.
If you are in an abusive relationship contact the National Domestic Violence Agency at : 1-800-799-7233 or ndvh.org for resources.

This entry was posted in Abuse, Anger Management, Conflict, Rage. Bookmark the permalink.